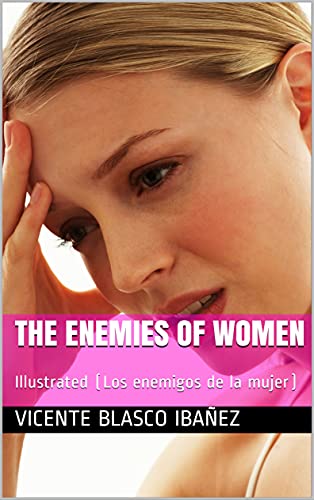 The Enemies of Women
During the last phase of the Great War, an amoral and decadent aristocracy gathered in Monte Carlo tries to live on, even if they have to ignore the horrors of the battlefields and the suffering of a crumbling world. In this context, the Russian prince Michael Fedor Lubimoff tries to recreate a small court of followers, in which there is no room for women. But the passing of the months and the social transformations that are taking place will lead him to a state he could never have imagined. Written in 1919, at the end of the world war, Los enemigos de la mujer closes the trilogy that Blasco Ibáñez wrote about the war, which began with Los cuatro jinetes del Apocalipsis (The Four Horsemen of the Apocalypse) and was followed by Mare nostrum. Without reaching the intensity or the war drama of the first two instalments, the novel shows a crude description in which gambling and money are the only horizons for a rentier elite mortally wounded by revolutions and war.
Vicente Blasco Ibáñez
Vicente Blasco Ibáñez (Valencia, 29 January 1867-Menton, 28 January 1928) was a Spanish writer, journalist and politician who promoted naturalism and realism. Born in Valencia, he was the son of the merchant Gaspar Blasco and Ramona Ibáñez, both of Aragonese origin. According to his own testimony, one of his earliest memories was of the barricade erected in his street by the insurrectionists during the cantonal rebellion when he was six years old, at the beginning of the First Spanish Republic (1873-1874). He also remembered seeing the heroes of the Canton, Cabalote and the Enguerino. The first book he read was Lamartine’s The History of the Girondins and then the works of Victor Hugo, especially Les Miserables. According to the historian Ramiro Reig, "from that moment on, it was clear to him what he was going to be: a revolutionary writer".