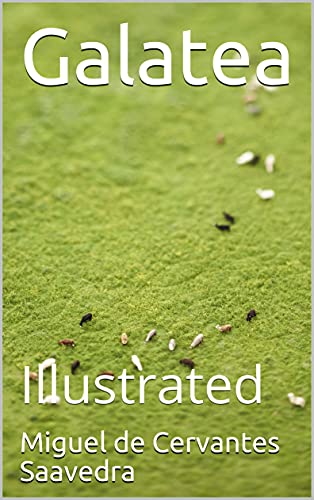 La Galatea was Cervantes’ first novel, in 1585. It is part of the pastoral sub-genre (a "prose eclogue" as defined by the author), which was triumphant in the Renaissance. It was first published when he was 38 years old under the title Primera parte de La Galatea (First Part of La Galatea). As in other novels of the genre (similar to Jorge de Montemayor’s La Diana), the characters are idealised shepherds who relate their woes and express their feelings in an idyllic nature (locus amoenus).

La Galatea is divided into six books in which there is a main story and four secondary stories that begin at dawn and end at dusk, as in the traditional eclogues, but in the same way as in Virgil’s bucolic poems, each shepherd is in reality a mask representing a real character.

He is considered the greatest figure of Spanish literature and is universally known for writing Don Quixote, which many critics have described as the first modern novel and one of the greatest works of world literature, as well as being the second book in history in number of editions and translations, second only to the Bible. Cervantes has been given the nickname of Prince of Wits.